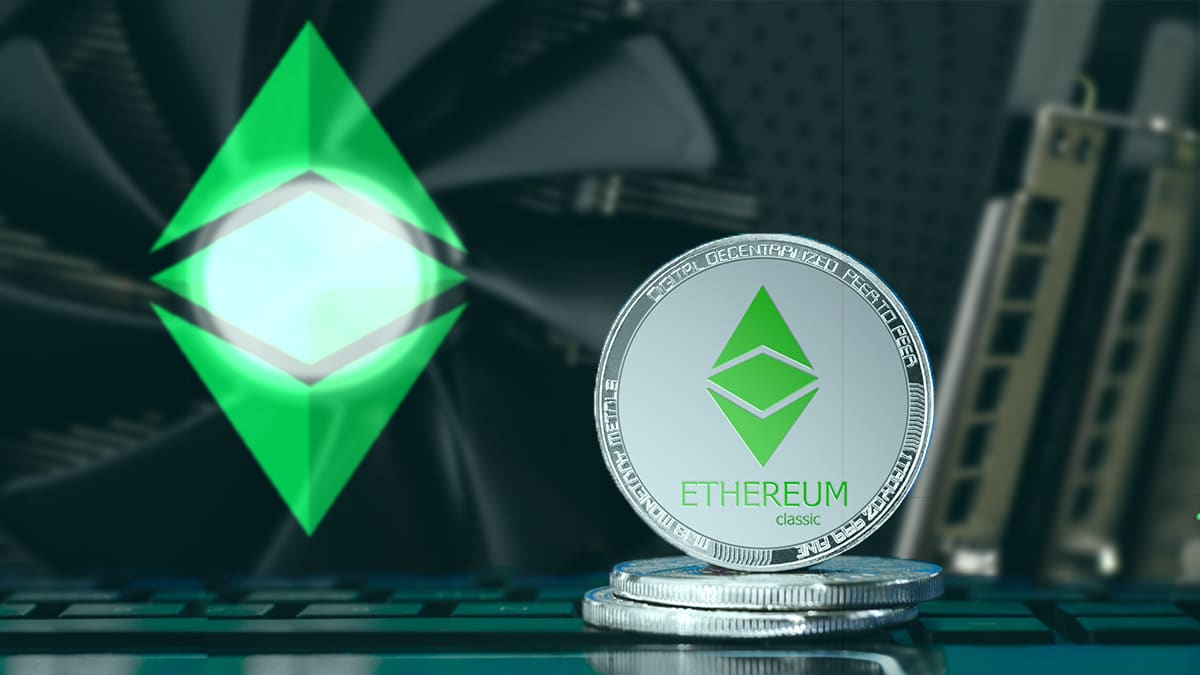 The mining pool for Bitcoin (BTC) and other cryptocurrencies Poolin this week announced Ethereum Classic (ETC) compatibility in their systems, so transactions in this coin’s network can now be processed based on that pool, which is one of the best known in the ecosystem.

In a note, the company announced the cryptocurrency consolidation, offering “another option” for those with video cards (GPUs) who are within the group.

According to Pauline, ETC mining returns – boosted by its price – helped ease the growing tension among traders For the change that will happen in Ethereum (ETH), which means stopping using graphics or video cards to process transactions on the network. According to CoinMarketCap, ETC is trading above $47, after rising from $29 on March 19.

Poolin hits a competitive field as there are many mining pools already working with Ethereum Classic, such as Ethermine, 2Miners, and F2Pool. In fact, according to MiningPoolStats, The group is currently ranked 12th on their chart.

However, it is an interesting and expanding move for this group, Which has had a notable presence when it comes to mining cryptocurrencies such as Bitcoin.

In detail, Poolin offers two mining modes so that operators can get their work done the way they want. In addition, it will have three aggregate addresses for ETC miners to subscribe to.

The first method of mining is sub-accounts, where miners have to register and create a profile to perform the activity. The other is anonymous mining, The miner’s wallet address can be used directly to receive funds.

“Poolin officially supports ETC, which we believe will provide a new option for miners who are unable to continue mining ETH after they switch to PoS,” they say in the press release.

This will be beneficial for the ETC network, bearing in mind that due to the low hash rate, It has been experiencing 51% attacks by entities with significant computing power for a while. This has never happened in Ethereum, where competition is high.

ETC will be the refuge when The Merge arrives

Poolin’s announcement comes after Ethereum Classic’s proposal for miners to start blockchain mining became known. This network operates on a Proof of Work (PoW) mechanism and will always be in it, they say. Because of this, mining equipment has become obsolete with the changes in Ethereum can be used on this network.

As reported by CriptoNoticias, the developers of Ethereum Classic, a cryptocurrency created in 2016 from the Ethereum hard fork that is mined under the Etchash algorithm, have shown their interest in attracting ETH miners, by committing to continuing PoW folding, providing confidence and stability for miners.

The proposal highlights the differences that exist between the two coin projects. Although one originates from the other, there are major discrepancies. For example, Ethereum Classic adheres to the principle of code like lawIts blockchain is therefore immutable, unlike Ethereum, whose transaction history was altered once in the wake of the massive hack that led to the creation of Ethereum Classic.

ETC has a limited supply of 210.7 million electrified electronic coins, of which at least 134 million are in circulation. In contrast, ETH has no cap, with the understanding that supply is infinite.

And dissatisfied, Ethereum Classic worships decentralization, with development managed by several programmers, that contribute to the improvement of the project. Meanwhile, Ethereum is owned by the Ethereum Foundation, with the foundation’s core developers responding. However, it is true that there are other programmers responsible for developing Layer 2 solutions, DeFi protocols and decentralized applications, for example.

Although ETH migration is just around the corner, Ethereum Classic is one of the most profitable cryptocurrencies when mining with a video card (GPU).

As we have seen in this CriptoNoticias article, this coin can offer earnings of up to $170 per month on average (at the current prices of the asset), Mining versus hardware offered by Nvidia, AMD, and other competing brands.

Thus, the fact that Poolin joined the Ethereum Classic mining pool only reinforces the idea that even with Ethereum leaving, there is still a future for the PoW consensus mechanism, which was put in place long before the first cryptocurrency was born.