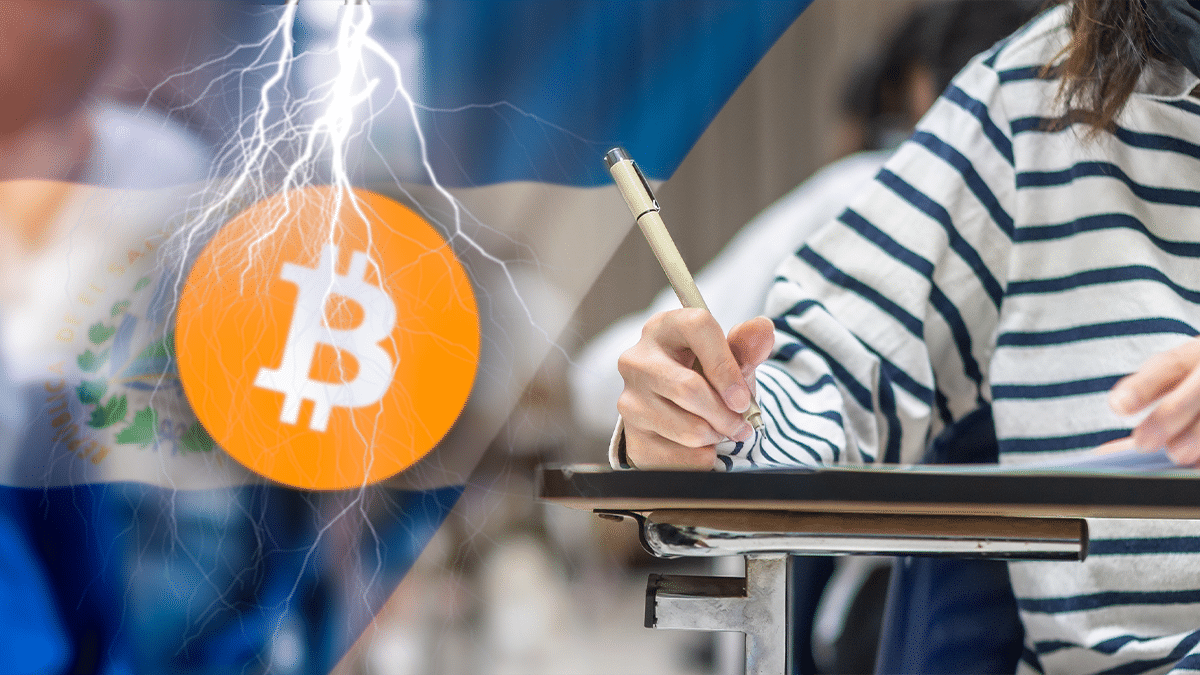 The Torogoz Dev project, which was launched unexpectedly last night, May 12, is preparing to educate dozens of developers in El Salvador so that they can work for Bitcoin and Lightning companies investing in the country.

Through the Twitter spacethe project that bears the name Torogoz, the national bird of El Salvador.

This bird is a symbol of freedom, because it cannot be bred in captivity or outside its habitat, which stretches across Central America to Colombia, according to representatives of Torogoz Dev.

The project’s website explains its purpose, which was described more broadly by participants in the Twitter space.

Torogoz Dev is an educational program based in El Salvador, aimed at training in Bitcoin and Lightning Network development, to give students the opportunity to choose better job opportunities and acquire the skills and knowledge needed to contribute value to the development of Bitcoin & Lightning at a national and international level.

The organizers of the project are communications expert Marina Spindler, Lorena Robles, a well-known Salvadoran businesswoman and networker, as well as programmers Salem Argueta and Ishi Kawa.

During the Twitter Space, all participants agreed that many companies have come to the country and They don’t have Bitcoin developers ready to go.

Here at Bitcoin Beach we sit down with entrepreneurs and investors and they ask us if we have smart developers, programmers, people who know marketing, etc. There are endless opportunities and jobs coming to El Salvador, but it’s very important that we invest now in education, to give our youth this kind of tool to prepare us for a technological future that’s coming, and that’s already here, because we have this demand for professional profiles that if companies don’t find them here. They either bring it from somewhere else or leave […].

“There are very cool projects in El Salvador that teach us how to download the wallet, but not how to prepare an entire nation for this technological change,” said Marina Spindler.

“So I think that was our motivation or interest in creating a program that would do exactly that. The idea is that we double wages, and only then can we change people’s expectations and their view of what bitcoin means, and how it will help us in the world,” he explained.

Developers will have until May 31 to register. In the Bitcoin course, which will be the first to be taught.

Once approved for this program, they will continue to study Lightning in a second course and, finally, a third intensive course in which only those who have passed the previous two courses participate.

As they explain, The methodology is based on the Chaincode Labs software methodology, Where Latin American developers are participating as students since last year, they have experienced developers like Pieter Wuille.

The Bitcoin course, which focuses on Bitcoin Core client programming, will begin on June 7. For 6 weeks, classes will be taught on Tuesdays and Thursdays between 8:00 PM and 10:00 PM in El Salvador.

Fulfilling the requirements is important, as the participants will have to adhere to a maximum limit to attend this program of study.

Among the requirements mentioned are that you be a programmer or technician in computer science or related fields, have more than two years of experience, master the English language, have a good internet connection, be responsible and have the required time, interest in Bitcoin, Lightning and Last but not least, he lives in El Salvador.

The organizers have made it clear that they are not closed to allowing participation by developers who live outside El Salvador, but for now, The main focus will be on the Salvadoran developers.

Other educational efforts on Bitcoin are still alive in El Salvador, as is the case with Mi Primer Bitcoin, an organization that recently launched a diploma in Bitcoin in a public school.

All aim to improve Bitcoin adoption in El Salvador, which according to some data is far from widespread, CriptoNoticias reported at the end of last month.