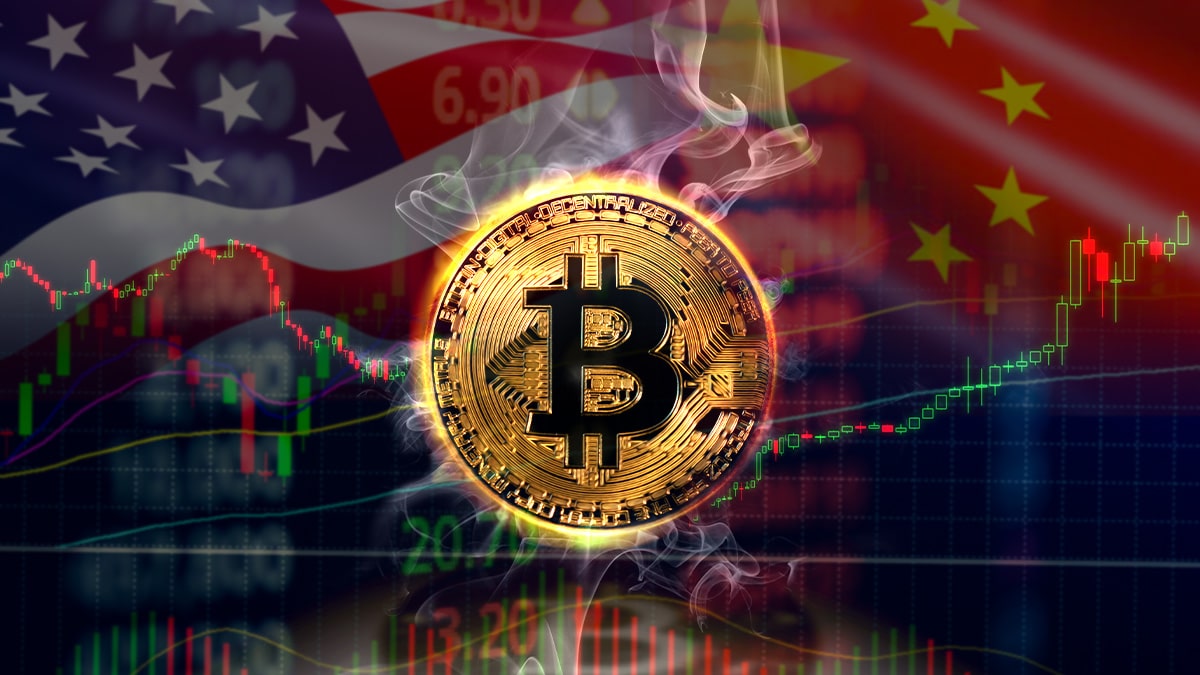 While some specialists expect a decline in Bitcoin (BTC) due to the impact of the recession and international political tensions on the markets, others expect the opposite. This can be seen between the forecasts of two specialists from different regions who spoke with CriptoNoticias.

They are the financial analyst and investment advisor Alberto Cardenas and the economist Natalia Motel, who answered this question among investors: What is the impact of the recession and tension from the US, China and Taiwan on the price of Bitcoin?

To answer this question, Cardenas first explained that in his view, The recent rally in Bitcoin and Ether (ETH) has been bear market rally Predictable and totally natural within the modification process. Keep in mind that these increases do not mean that they will continue to rise or that we have already passed the lows of this bear season.

indicates that “There is a possibility” of a significant drop in the price of Bitcoin and other cryptocurrencies between October 2022 and early 2023. He believes that in this season we will see the last 60 days of the cycle, which he always appreciates as the wildest. In this way, it keeps price expectations at that time lower than the annual lows they have recently stepped on.

“In my opinion, we have not seen the lowest levels in the crypto-asset market in prices, nor in the regulated markets. The main reason is that we are in a liquidity-draining cycle that is not over yet. This is mainly due to the adjustment of the rates of the two most important central banks (in the US and Europe).”

He warns that the US needs to keep raising interest rates, at least an additional 1% between now and the end of 2022. He understands that this will be accompanied by adjustments or rate hikes from the European Central Bank. “This is not good for risky asset prices and I think we will continue to see downward pressures,” Says.

The specialist indicates this additionally We do not know how far the conflict between China and the United States could go. Although, he asserts, this reflects the deterioration of trade relations, which will translate into an impact on the economy. Thus, it is believed that in a period of economic recession, firms will feel this through lower profits and higher inflation.

“The conflict between Taiwan and China is an issue that is not good for the market, for many reasons. The most important is that the conflicts (especially the conflicts of war, when it comes to the two most important powers on the planet, the United States and China), can exacerbate the problem that markets are now experiencing, which is inflation. .

“This is not good news for the market,” he summarizes. For this reason, it is appreciated We can expect further pressure and significant drops in the price of Bitcoin as well as other cryptocurrencies. This is as we continue in the midst of a price tightening cycle and a situation in which geopolitical risks may be heightened between the conflict between Russia, Ukraine, the United States and China.

As advice to investors, he says he will act cautiously and wisely. “My message is that we haven’t seen lows this year yet. Don’t rush to look for risks, you have to be somewhat defensive and be patient. It is likely that better opportunities will come during the remainder of the year from a long-term perspective.” .

From another point of view, Motyl sees this context as potentially beneficial for cryptocurrencies

From a different perspective, Motel says a “new external shock” will affect economies. Above all, for those who are in a state of greater weakness, which he understands Bitcoin and other cryptocurrencies could be in high demand as protection.

Details of it Surely there will be an influx of capital to safer ports In the face of large-scale armed conflicts, countries tend to close down. “This will have a negative impact on trade openness.” In addition, he states that all armed conflicts involve an increase in public spending, and therefore the frequency of monetary issuance, tax rates and debt ratios can be increased.

“Given this context, this can be a positive thing for the cryptocurrency ecosystem, as it implies that the currencies of major countries tend to depreciate over time, so that people tend to turn to safer assets which leads to the freedom that currencies provide. encrypted today.

Note that While cryptocurrencies can benefit from this environment, we will see major stocks and bonds decline in the short term. As for the long-term, if this recession scenario materializes, it sees that there will be more indebtedness, erosion of financial accounts, lower economic activity, and higher unemployment.

In this way, the specialists who have been consulted appear Two different predictions for Bitcoin: its price to fall to the lowest level we haven’t seen in a year vs. Recovery after the impact of recession and overall stress Which is growing with the conflict in China, Taiwan and the United States. Given this, it will be necessary to follow the international context closely to decipher its impact on cryptocurrency.