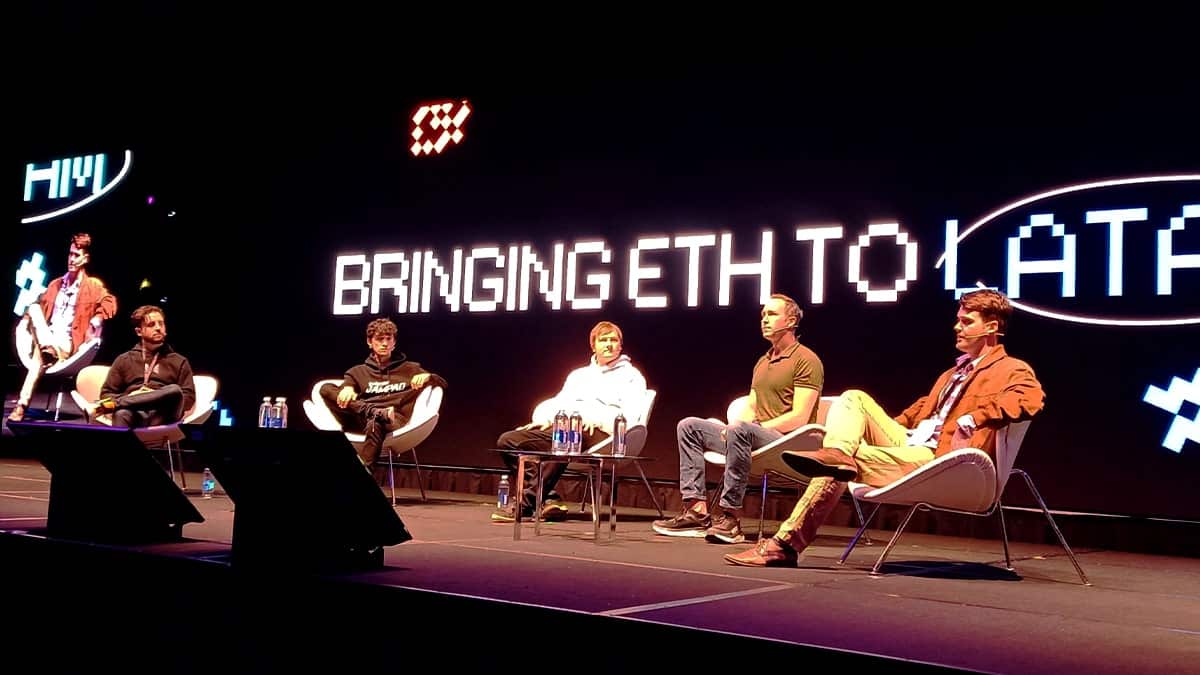 Stablecoins are a very relevant topic in the current cryptocurrency and decentralized finance (DeFi) ecosystem. For some specialists, these are not considered convenient methods of payment, while others assure that they are a good tool for this.

The first panel on the second day of ETH Latam focused on stablecoins He has shared several reviewers of different DeFi protocols such as Aave, Curve, and QiDao.

“It is not appropriate to use stablecoins as a form of payment in emerging economies,” Mariano de Petrantonio, a former member of MakerDAO (the issuer of the DAI stablecoin) and a “local” emphasized at the event in Buenos Aires. Instead, he explained, It is better to pay in the “worst currency available”, referring to those most affected by devaluationsuch as the Argentine peso.

Thus he referred to Gresham’s law. This economic assumption suggests that because there are different currencies in circulation simultaneously, people will tend to spend the currency that is least holding its value over time in order to hoard the other.

In that sense, Gareth (Tweet embed on Twitter), from Curve Finance, caused laughter by classifying the “stable Argentine peso” as an oxymoron. That is, the two terms are opposing by definition.

However, there were inconsistencies in the rest of the board regarding the use of stablecoins. For example, Stani Kulechov, representative of the Aave Protocol, said that “inflation is a problem” in many countries such as Argentina, and that Stable coins have the ability to prevent the loss of purchasing power in short periods of time.

Is it possible for this potential to be fully realized in Ethereum? In Kulechov’s view, “in the second layer, we have the opportunity to use stablecoins in a variety of ways.” “This is an opportunity to get that organic adoption, and I think that could happen in the next few years.”

In a similar sense, it was expressed Benjamin (@Benjamin918 on Twitter), the core team for the QiDao protocol, although it stressed the difficulty of using Ethereum for stablecoin transactions. “In the future, we will see a lot of stablecoins breaking the barriers between the chains.”

It’s a problem in your opinion much need bridges (bridges) to move them more efficiently. In this case, in addition, a third party enters into the process that must be trusted. “If you have a DAI outside of Ethereum, then Maker didn’t make it, just another bridge. It is very important to think about that, what do you actually have? Do you trust this code?”

Stable currencies, between centralized and decentralized

As on the first day of ETH Latam, Decentralization was a central topic of discussion. There are very important things happening in the ecosystem these days, including the arrest of the lead developer of Tornado Cash, as reported by CriptoNoticias.

In the confrontation of “machines versus humans” raised by moderator Andrew Pesquion, for Gareth, decentralization is a fundamental and fundamental aspect. “If you can see the (smart contract) code, you have 100% confidence in what the machine will do,” he said. He added that “the law is law and it is immutable”, which is why he prefers it to trusting people.

Benjamin demonstrated a similar situation with an example. What if America says ‘I don’t want this’? Regarding the recent freeze on USDC stablecoin addresses from Circle, he said, “Let’s be honest, Tornado Cash users have stolen their money from Circle.”

For his part, Di Petrantonio commented on this Having a centralized stablecoin like USDC as collateral DAI has allowed it to hold wedge (parity) with the US dollar for a long time, despite being lost in decentralization. “There is a lot of discussion about this in MakerDAO,” he said, while anticipating that the protocol issuing DAI would soon support the second layers of Ethereum Optimism and Arbitrum.