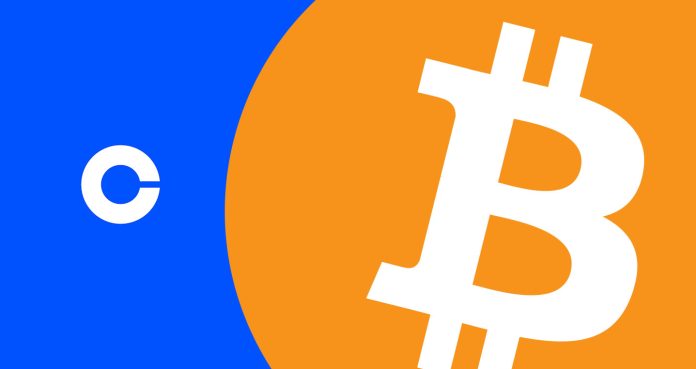 This Tuesday, Coinbase CEO Brian Armstrong revealed on his Twitter account that the largest cryptocurrency exchange in the US has 2 million BTC in custody, which is equivalent to $39.9 billion in Bitcoin (BTC).

Armstrong revealed to counter a tweet posted by Binance CEO, billionaire Changpeng Zhao, better known as “CZ,” that hinted at something wrong with Coinbase’s BTC holdings.

CZ launched a tweet, which he later deleted, in which he referred to data from an article in Yahoo Finance websitewhich stipulated that “Coinbase Custody holds 635,000 BTC on behalf of Grayscale“.

Later, the Binance CEO questioned that information in his own tweet, noting: “h4 months ago Coinbase (the exchange I think) had less than 600,000including another link from another article on Bitcoinist, 4 months ago.

To end his suspicious tweet, CZ decided to clarify that it was only “Quoted from “News Reports“, and not make any claims of their own.”Glassnode will likely have more recent dataBinance CEO said.

Obviously, this tweet sparked a wave of criticism for and against, which forced Armstrong to break out of his usual silence, to indirectly explain to CZ, in a thread on his personal account, the holdings of Coinbase.

In the first tweet of Armstrong’s short thread, he said: “If you see a FUD out there, remember our finances are public (we are a public company)He added to this sentence Link To the shareholder letter for the third quarter (third quarter) of this year.

He added in his second tweet:We have ~2M BTC. ~$39.9 billion as of 9/30 (see our 10th quarter)And adding two photos with reference to custody balances on Coinbase. Finally, he added in a final tweet: “We must all unite to responsibly build this industry in the future. Beware of misinformation“.

After this indirect response from the CEO of Coinbase to the CEO of Binance, CZ deleted the tweet and decided to apologize: “Brian Armstrong just told me the numbers in the articles are incorrect. I deleted the previous tweet. Let’s work together to improve transparency in the industry‘, to which Armstrong replied, ‘gracias“.

In fact, this Tuesday, Coinbase shares, which are getting the attention of the market, are showing signs of recovery after rising 5.24% after a poor performance recorded on Monday, when Coinbase shares hit their highest level.

For perspective, Coinbase has lost more than 80% of its market valuation so far this year. On Monday alone, that valuation briefly dipped below the $10 billion range, an amount several times lower than its highest valuation of more than $76 billion reached last year.

However, not everyone is happy with the situation.sniperCZ acquired it, by shining a light on the cryptocurrency community on its competitors and their potential failures.

Basically, in this Coinbase case, CZ clearly must realize that exchange and custodial wallets are separate and don’t reflect the same thing, so his trigger comment raises suspicions in a way.

Many point out that CZ is executing an aggressive marketing campaign for Binance, selling its exchange as the most secure, transparent, and least likely to fail financially as has happened with FTX and many other exchanges that have gone down over these years.

While it is true that more transparency and security are unavoidable issues for the healthy crypto industry, what has happened in recent weeks seems to have been somehow reinforced by hints from the Binance CEO.

And just suffice it to recall how his tweets created a larger fodder in connection with the FTX situation, which later ended up with a run on that exchange. Even the veiled mention that CZ is around Crypto.com, due to the movement of the tokens, is also evidence of this.

If an exchange has to move large amounts of cryptocurrency before or after revealing its wallet addresses, this is a clear sign of trouble. stay away. Spends #Row. 🙏

“If an exchange has to move large amounts of cryptocurrency before or after proving their wallet addresses, that is a clear sign of trouble. STAY AWAY. STAY #SAFU.”

Following this claim, Crypto.com’s Cronos Token (CRO) dropped in value by nearly 30%. Thus, there are people within the community who consider that CZ, even though he seems to want to help build a stronger industry, and his comments in the middle of the cryptocurrency winter, only served to create fear among investors and sent Crypto assets lower.

In any case, it is always advisable to understand that any centralized exchange should be used as a tool for specific operations of buying and selling, arbitration, trading or even transferring crypto assets, but not to store or protect them there.