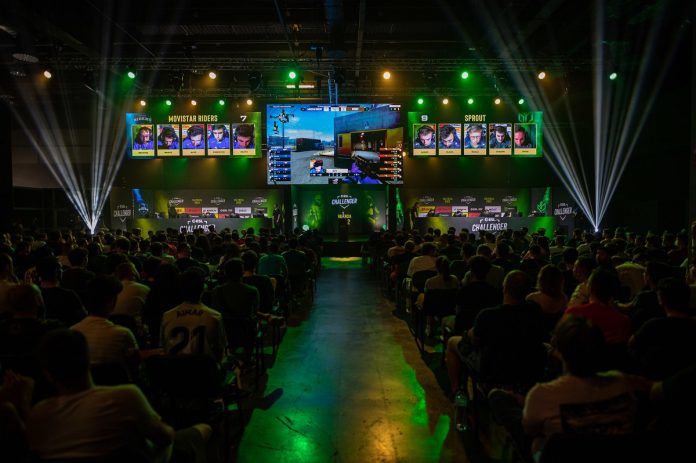 CS:GO ESL Masters and WhiteBIT Community Clash are two of the biggest professional competitions to watch during the festival

between two On December 9 and 11, the Winter Edition of DreamHack Valencia will take place at Feria ValenciaSpain’s largest video game and digital entertainment festival.

This year, the festival will host some of the best esports competitions, where the best international teams and gamers will meet. Specifically, this year’s edition of DreamHack will feature FACEIT’s WhiteBIT Community Clash and CS:GO ESL Masters, as well as the Snapdragon Pro Series Finals and Wild Circuit: Game Changers.

Alongside them will be the Esports City League Finals for titles like Counter Strike, Rocket League, Clash Royale, Fortnite or Gran Turismo. In total, more than $1 million in prize money at DreamHack Valencia will be distributed to the winners of these esports competitions.

During this edition of DreamHack Valencia, the live finals of FACEIT’s WhiteBIT Community Clash, the biggest CS:GO matchmaking event, will take place.

The competition brings together players from Europe and South America, and consists of more than 60 clans created by broadcast groups and communities, who compete through FACEIT clan lobbies to collect points and advance through stages.

Only the top 25 will be able to qualify for the second round in the selection stage, where they will be measured to be one of the eight clans that will go to the final. Of these, the two best clans in each region will be able to send their best players to the DreamHack Final in person, where They will fight for $1 million in Tether (USDT), making it the highest prize tournament ever held in Spain.

In addition, the Spanish and Portuguese CS:GO scene will once again take part in DreamHack Valencia, where the great Counter Strike teams will battle it out for victory in the ESL Master 12 Grand Final.

The teams that are still the finalists for this tournament will play to the 17th season of the EPL Conference, the CS:GO European Professional League. ESL Master is the largest national Counter Strike competition and, in recent years, has become the reference tournament for teams who want to compete for the top positions in the international CS:GO arena.

The festival will bring together the best League of Legends: Wild Rift players from both Europe and North Africa, as well as Brawl Stars teams from Europe, the Middle East and North Africa (MENA).

The League of Legends: Wild Rift Finals will take place on Saturday, December 10th, where teams will compete for a $30,000 prize pool. On the other hand, the Brawl Stars Europe and MENA Finals will be held next Sunday, where the Snapdragon Pro Mobile Challenge Series title will be played for $38,000.

“That the finals of such important tournaments will be held at DreamHack Valencia, placing the festival at the forefront of esports worldwide. In this way, the festival becomes the ideal setting for video game enthusiasts to watch first-hand and enjoy the most prominent teams and professional players both nationally and internationally,” Javier Carrion, DreamHack Valencia 2022 manager

In addition to professional competitions, DreamHack Valencia will host the Esports City League Finals, the first inter-city amateur esports league, for titles such as Counter Strike, Rocket League, Clash Royale, Fortnite or Gran Turismo. On the other hand, during DreamHack Valencia there will also be concerts like the one given by Hoke with Louis Amoeba and Ébano, there will be meetings with influencers and professional players, lotteries and exclusive prizes.