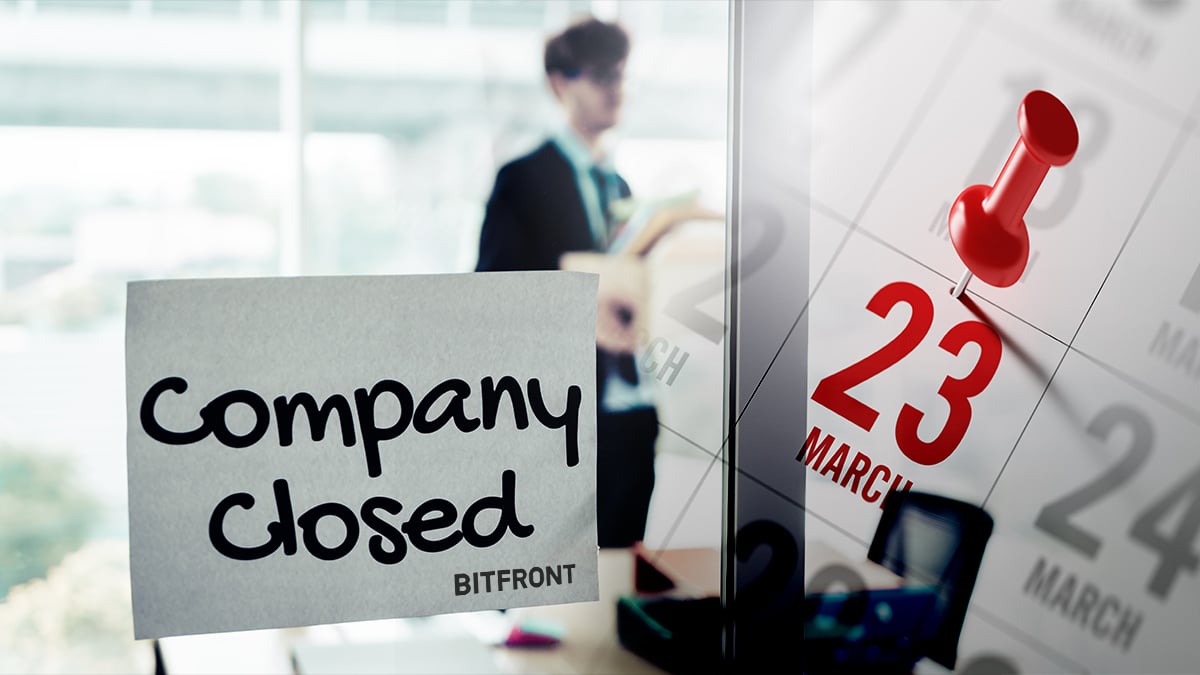 Bitfront, a bitcoin (BTC) and cryptocurrency exchange, has announced that it will permanently shut down operations in March 2023, as it was affected by the cryptocurrency bear market.

The company, which is backed by the Japanese social media giant Line, explained that it had tried to “overcome challenges in this rapidly developing industry” to stay afloat, but it seemed that reality had overtaken them and they decided to take another path, according to Reuters.

He noted that the US-based exchange will continue to “grow the LINE blockchain ecosystem and the token link (LN) economy.”

After the decision, the cryptocurrency platform Suspend new registrations and credit card payments on November 28 and withdrawals will be suspended on March 31, 2023. They also indicated that interest on deposits made between December 5 and December 11 will be paid on December 13, 2022.

With this announcement, the exchange joins the list of companies in the cryptocurrency sector that have recently declined. A product of the domino effect caused by the collapse of FTXas reported by CriptoNoticias.

However, Bitfront pointed this out FTX’s discontinuance of operations has nothing to do with it. “It is not related to recent cases involving some exchanges that have been accused of misconduct,” the company said.

Although Bitfront maintains that its closure had nothing to do directly with FTX, the current bear market has nothing to do with the exchange, which declared bankruptcy a few weeks ago due to embezzlement and misuse of its users’ funds.

In fact, Bitcoin dropped below $16,000 for the first time in two years earlier this month and it was precisely because of the FTX disaster that it was. The last time Bitcoin reached this level was in 2020.