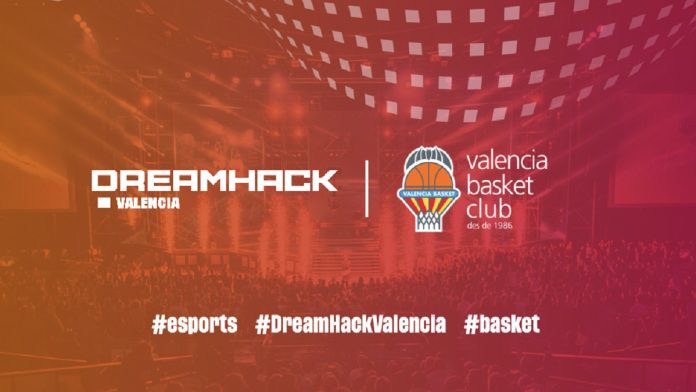 DreamHack ValenciaSpain’s largest video game and digital entertainment festivalA 3×3 basketball tournament will be held between Friday 9 and Saturday 10 December provided by the team Valencia Basketwhich has thus become an official partner of a festival that revolves around the gaming industry, but which increasingly contains interdisciplinary content linked to youth culture.

With the value of effort culture as its symbol, one of Valencia Basket’s goals is to spread the benefits of sport among youth.

In its effort to nurture the amateur and grassroots sport, the basketball team will once again present a unique and high level sporting exposition to all those who attend DreamHack Valencia.

The tournament matches, which are registered for FIBA, will be governed by the basic rules of FIBA ​​3×3 basketball, which can be seen at the recent Olympic Games in Tokyo.

Those attending the Games Festival will be able to access with their tickets the venue where the matches will be held, which will be subject to the FIBA ​​3×3 Basic Rules.

In this way, the teams will consist of four players, in addition, the matches will last 10 minutes or 21 points, and in the event of a tie, the first to score two points will have an extension.

“The basketball tournament will make the festival participants come alive with emotion, who will undoubtedly be able to enjoy a very competitive exhibition where the quality of the game is guaranteed. This partnership highlights our commitment to a healthy life for young people and the wide range of leisure options that the city of Valencia has to offer”, Javier Carrión, Director of DreamHack Valencia 2022

To be able to attend the games, which will take place in the basketball court that will house one of the pavilions of the Feria Valencia, where DreamHack is being held, fans must have only one ticket to attend the festival. In addition, DreamHack Valencia will also be present during the same days at Valencia Basket matches in La Fonteta.

At DreamHack, an event that has established itself as the most important gathering of entertainment and video game culture in Spain, a whole series of multidisciplinary activities will also take place.

Among them, great professional esports competitions, running through the LAN region, great concerts like the one that Hoke will present, as well as meeting influencers, professional gamers, commercial stores, food trucks, contests, raffles and exclusive prizes.