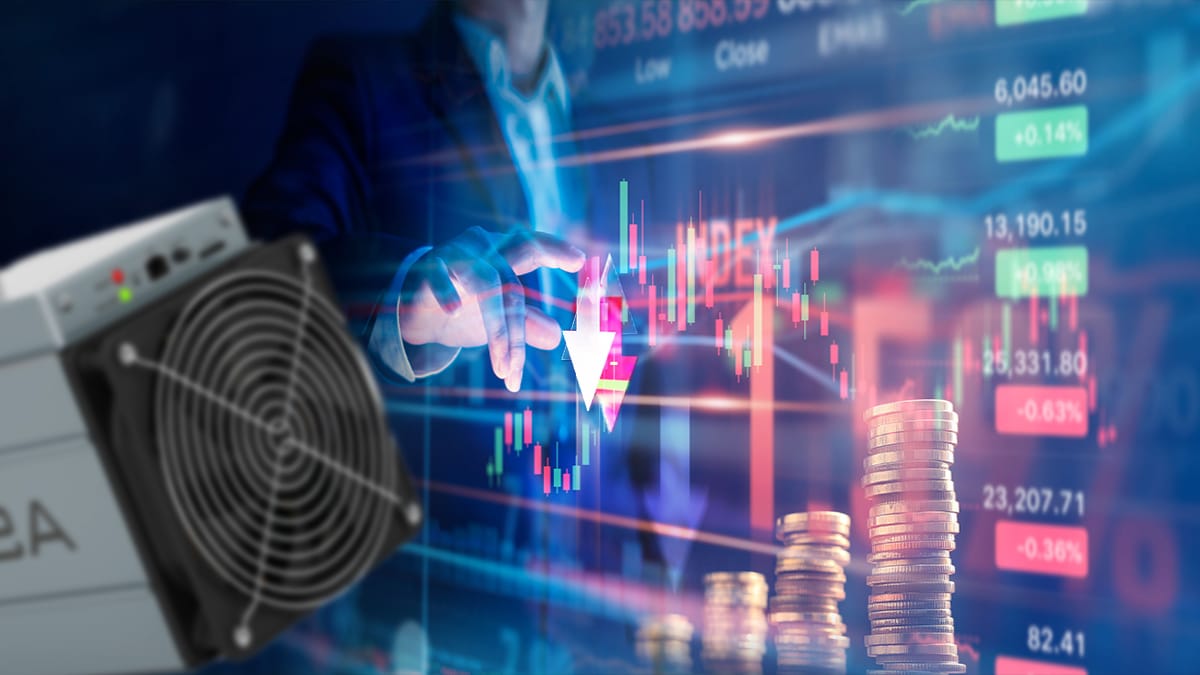 Bitcoin miners like Riot, Core Scientific, and Marathon are seeing declines in some cases exceeding 50% in the cost of their shares in the stock market during the month of November.

Shares of Marathon Digital Holdings, Inc. (MARA) is the one that suffered the largest decline among those mentioned above. From Oct. 31 to today, they’re down 55%, from $13.11 to $5.98, according to data shared by Yahoo! finance.

Riot Blockchain, Inc. (RIOT) dropped its share price by 38%. So far this month, you They went from $6.89 to $4.31. Despite this financial setback for Riot, the company has managed to sustain itself thanks to its energy use policies when mining bitcoin. CriptoNoticias reported that Riot generated more than $13 million in revenue thanks to this, according to its Q3 2022 operations and profitability report.

Stronghold Digital Mining, Inc. (SDIG) is one of the least lossy mining companies mentioned in this article. Its shares have fallen over the past 30 days from $0.95 to $0.77. This means a decrease of 19%..

Core Scientific, Inc. (CORZ) and HIVE Blockchain Technologies Ltd. (HIVE) showed a 35% retracement in their share price, which rose from $0.20 to $0.13 and $3.09 to $2.01, respectively. Core Scientific’s financial situation is in such critical condition that the company is on the verge of bankruptcy.

significantly Hive is the bitcoin mining company with the lowest drop in its share price Stock market During the year 2022, according to Hashrate index data. Between January and November of this year, HIVE shares fell only 16.76%. Financially, HIV had a relatively good year. According to their Q3 2022 performance report, their BTC reserves are increasing and they hope to boost their mining operations in the coming months.

It is remarkable that companies such as Riot, Marathon, Core Scientific and Hut 8, dedicated to large-scale bitcoin mining, saw a few months ago how His financial resources grew thanks to his listing on the stock market. In fact, this will become more profitable than mining itself at any time. Ironically, Core Scientific was a notable gainer between July and August of this year, when its share price rose 122%.

Reasons for the fall of top miners in the stock exchange

The first reason for the collapse of shares of mining companies on the stock exchange is the global economic crisis. The stock market in general was hit hard by the economy in 2022. Added to this was the decline in the cryptocurrency market, which has been showing a downward trend for several months.

In addition to the declines in the stock market and the cryptocurrency market, there are other reasons to discourage the idea of ​​investing in companies dedicated to bitcoin mining. One of them is the increase in Bitcoin hash, which leads to Increased mining difficulty. This results in miners producing less BTC and lower profitability for this activity.